You are here: Home Beauty 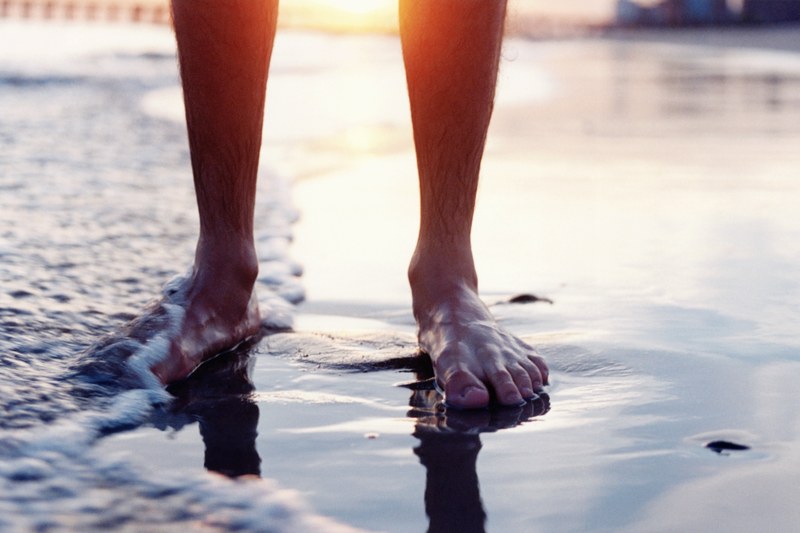 By Stephen J. Praetorius for GQ. After a long fall and winter hidden away from the world, your feet probably aren’t in their best form right about now. (Thick wool socks and heavy weatherproof shoes tend to have that effect.) So before the steadily improving clime inspires you go sockless—or forgo loafers altogether in favor of pool slides or some other form of skin-baring footwear—you’ve got make sure that your grooming game is totally on-point, and the only way you’re going to assure that is with a bit of professional attention. That’s right, we’re talking about getting a pedicure.

Before we go any further, let’s get one thing out of the way right quick: There is no shame getting your paws pampered every once in a while. Hell, if Kobe Bryant can step into a salon and order up a mani-pedi, then you sure as hell can too. In case you need more convincing, though, here are four benefits of investing in regular pedicures that you just can’t get from tending to your toes on your own. Aside from simply having better-looking feet, that is.

1. Mo’ Moisture, Fewer Problems
Calluses. Cracks. Dry skin. While all of these might only seem like minor inconveniences, unpleasant to look at but not much more than that, they can also provide germs with an entryway into the skin, leading to nasty infections down the line. Going sockless will only increase that risk, as shoes, with their warm interiors, are the perfect breeding ground for bacteria. Enter: the pedicurist. Able to spot these conditions even at their earliest stages, a trained pedi-professional will treat them accordingly with oils, moisturizers and exfoliation, helping ward off complications and keep the skin on your feet stay looking 100% all summer long.

Read more: How to Get Rid of Stinky Winter Feet

2. Keep Gross Toenails at Bay
When it comes to grooming, you’ve got a lot going on. So much so, that it makes sense you might let a few things slip. Like toenails, for instance; because they require only intermittent attention, you might find yourself cutting them haphazardly or neglecting the gunk that builds up up underneath. We don’t condone that, of course, but we understand. The issue is, however, that both those practices can lead to some pretty rough consequences, like ingrowns and fungus. So instead of risking it, why not just outsource maintenance by way of regular pedicures? That way, your nails are someone else’s problem entirely, and you can get back to worrying about the million other things you have on your plate.

3. No More Foot Stink
Tried every at-home remedy to get rid of the rank smell wafting from your paws, including replacing all your shoes, but nothing seems to be working? Well, before you bring out the big guns (i.e. go see someone with an M.D. after their name), you should go ahead and book yourself an appointment for a pedicure. Why? Because a professional will be able to scrub away dirt, dead skin cells and odor-causing bacteria way more effectively than you could on your own. If they’re not able to remedy the issue, then you’ll know for certain that it’s something worth consulting a doctor about.

4. Take a Load Off
The best part of getting a pedicure? The foot massage. Now, there’s some debate as to its purpose—some say the massage significantly improves circulation and vascular health in the foot and calf, while others aren’t so sure it’s that effective—but one thing is certain: With all the stress we deal with on a daily basis, it’s nice as hell to stop for a moment and have your feet rubbed. So go ahead, indulge.

10 years licensed massage therapist, born and raised in Detroit, Michigan has always been driven by her passions to help others. Growing up she was determined to “beat the odds” of an inner city youth and instead become successful while helping others.